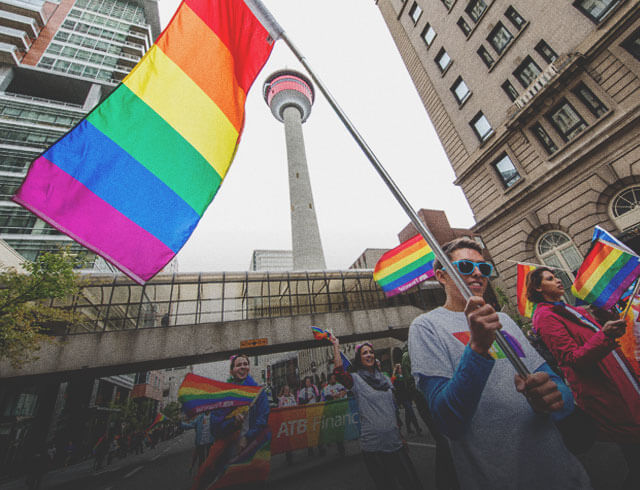 Everything you need to know

Celebrate Pride in Calgary with this go-to guide of what to expect as you roam the city.

Calgary is Canada’s only major city with a population over one million not to have a self-described LGBT neighbourhood and it’s with good reason: all the city’s communities are our playground and we all celebrate together!

With multiple creative, unique and active communities spread from the city centre to suburbs, Calgary’s colourful residents are warm and welcoming to the LGBT community.

At the end of the summer, usually centered around the Labour Day Weekend in September, the city amps it up as Calgary plays host to one of its most colourful festivals, Calgary Pride.

With its Parade on Sunday followed by a large outdoor festival taking place beside the Bow River on Prince’s Island Park, the city shows extra love for its LGBT community and visitors who have come from near and far to celebrate.

In hopes to help you get the most out of your visit, be it during Pride or another time of the year, below is a list of what to watch out for and some ideas for activities to partake in when you visit our welcoming city. 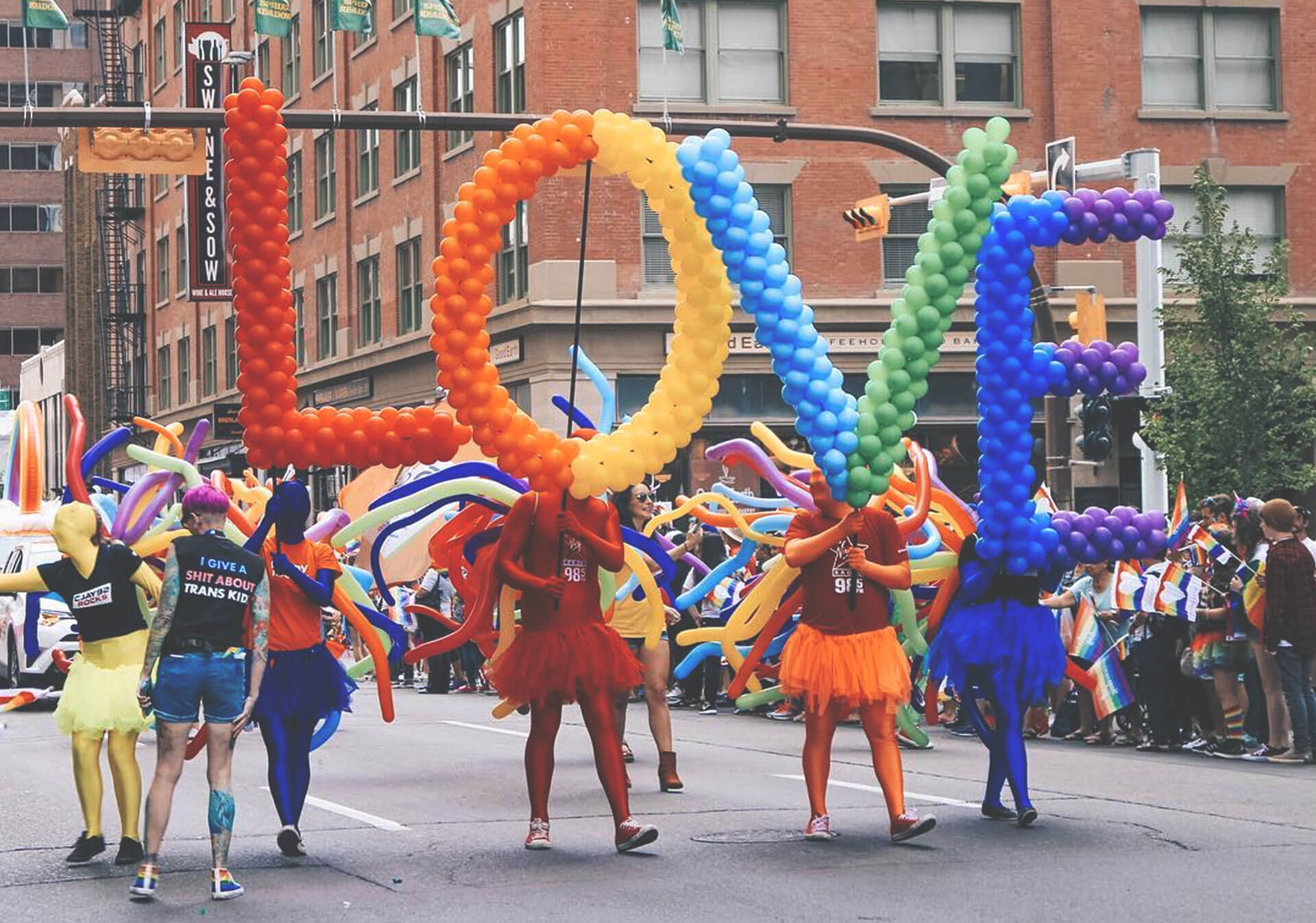 Parade Day is one of the most popular events during Calgary Pride. Photo credit: @zennyyc on Instagram

What to expect in Calgary during Pride

Downtown and its surrounding communities are some of the biggest ‘flag wavers’ during Calgary Pride.

In the month leading up to Pride, pop-up rainbow installments can be found throughout these areas. Colorful crosswalks, painted sidewalks, and undersides of bridges; you’ll even see the Calgary Tower illuminate its support of the festival.

On Parade Day, thousands of Calgarians and visitors of all ages line the Parade route to sharing their sentiment of equal love. 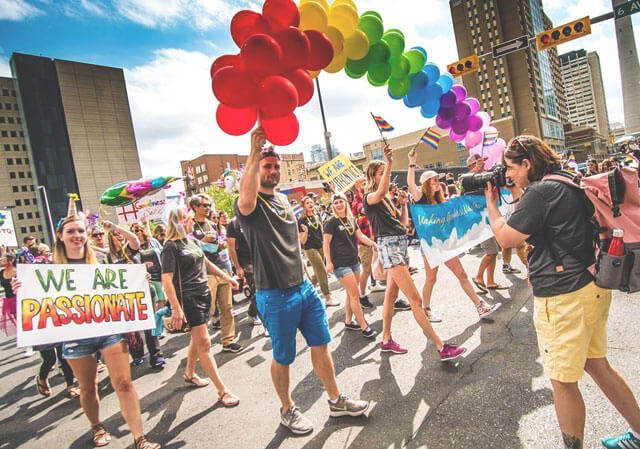 Join in the fun of Parade Day during Calgary Pride. Photo credit: @jeanlouis.imperial on Instagram 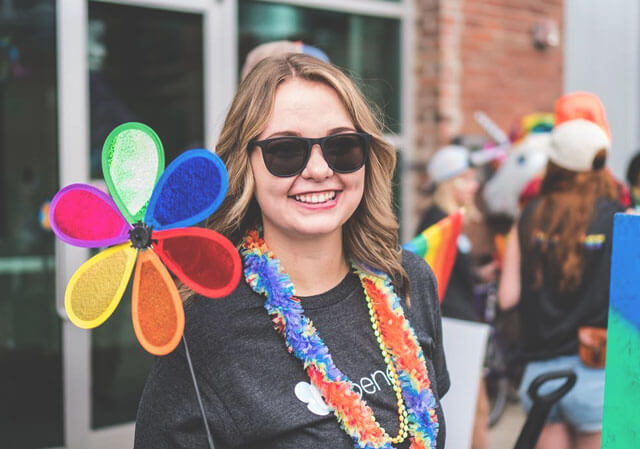 As Calgary’s LGBT community and its allies continue to grow, so do the quantity, calibre, and uniqueness of its Pride-forward events.

With smaller ‘boutique’ events happening during the week days, the weekend typically sees the biggest and always sold out parties.

Culinary events, such as in 2018 when Eat North presents Sashay Fillet, and cocktail events held through the week provide an intimate setting to get to know the local community while sampling creations from very talented chefs and bartenders.

The talent continues through the weekend as Canadian and international queens arrive in Calgary for some of the most hair flipping and body dipping performances during Pure Pride.

Families and adults both come out for the Parade and Pride in the Park on the Sunday of Pride, but you can expect a lot of late nights during Calgary Pride. 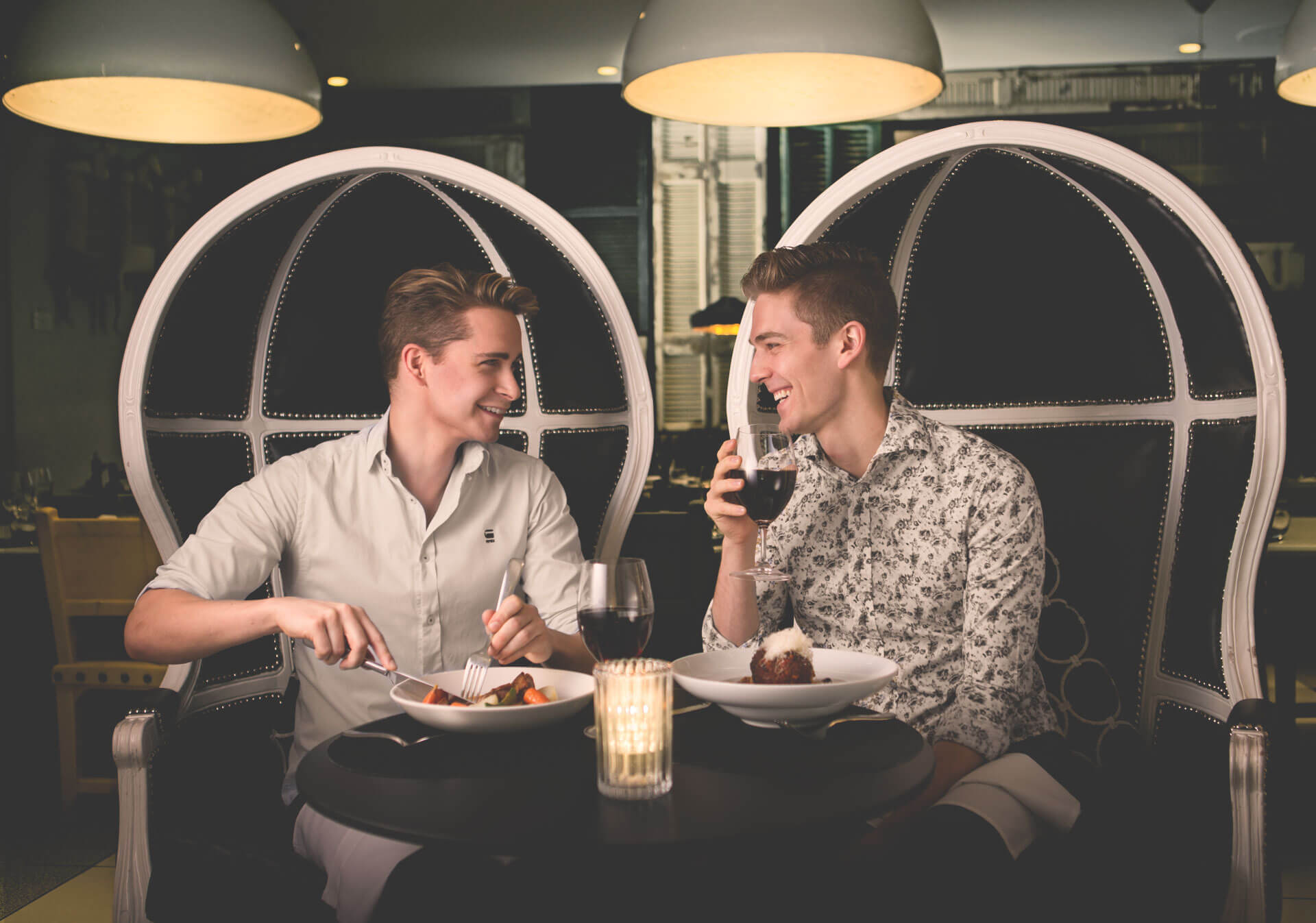 Where to Sip & Snack

During Pride, bars and restaurants throughout the city are always keen to create their own special Pride limited edition eats and treats of all kinds

For several years, local foodie institutions like Crave Cookies & Cupcakes, Ollia Macarons & Tea, and Righteous Gelato have been creating additional sweet eats, while places like the Pride host hotel – the Hyatt Regency – an array of themed cocktails created by local LGBT activists are added to the menu.

If you’re looking to roam a neighbourhood and make your own discoveries, the communities of Kensington and the Beltline are both home to a number of unique restaurants that are sure to dazzle your palate.

Be sure to try some of our home grown, world famous Alberta Beef at places like Modern Steak in Kensington or downtown, along Stephen Avenue, at Saltlik.

Wherever you decide to dine, one thing’s for certain, you’ll be treated to flavours and dishes worthy of writing home about from Calgary’s globally award-winning chefs. 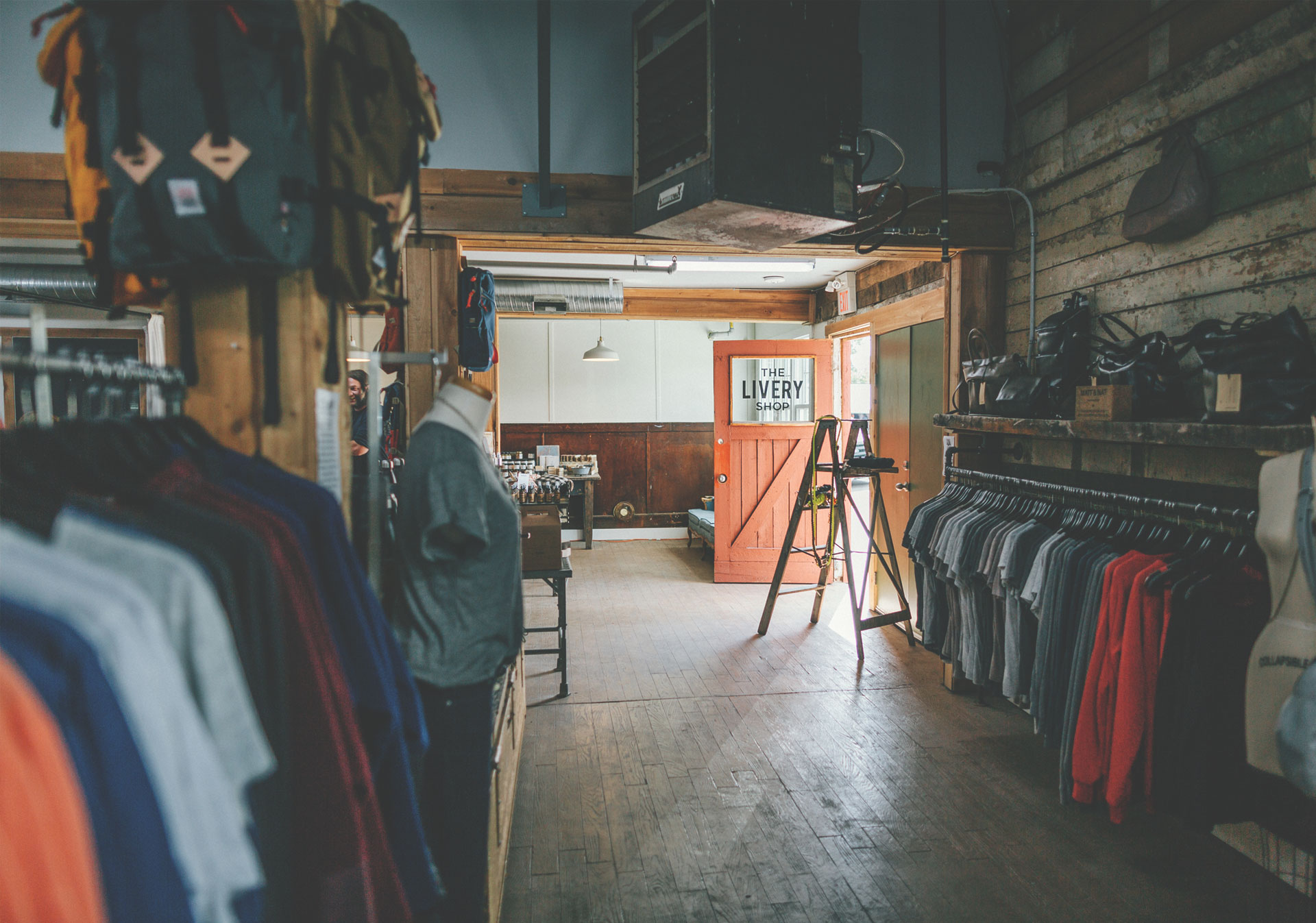 Calgary is home to some pretty amazing designers and artisans. Notable brands that locals can’t seem to get enough of are Camp Brand Goods – who were also the first to design a select Pride piece of clothing, and Local Laundry Canmore based Rocky Mountain Soap Company, jeweller COUTUKITSCH, and the very interesting and bold designs found in the shop of Kate Hewko hidden in the historic Devonish Building on vibrant 17th Avenue 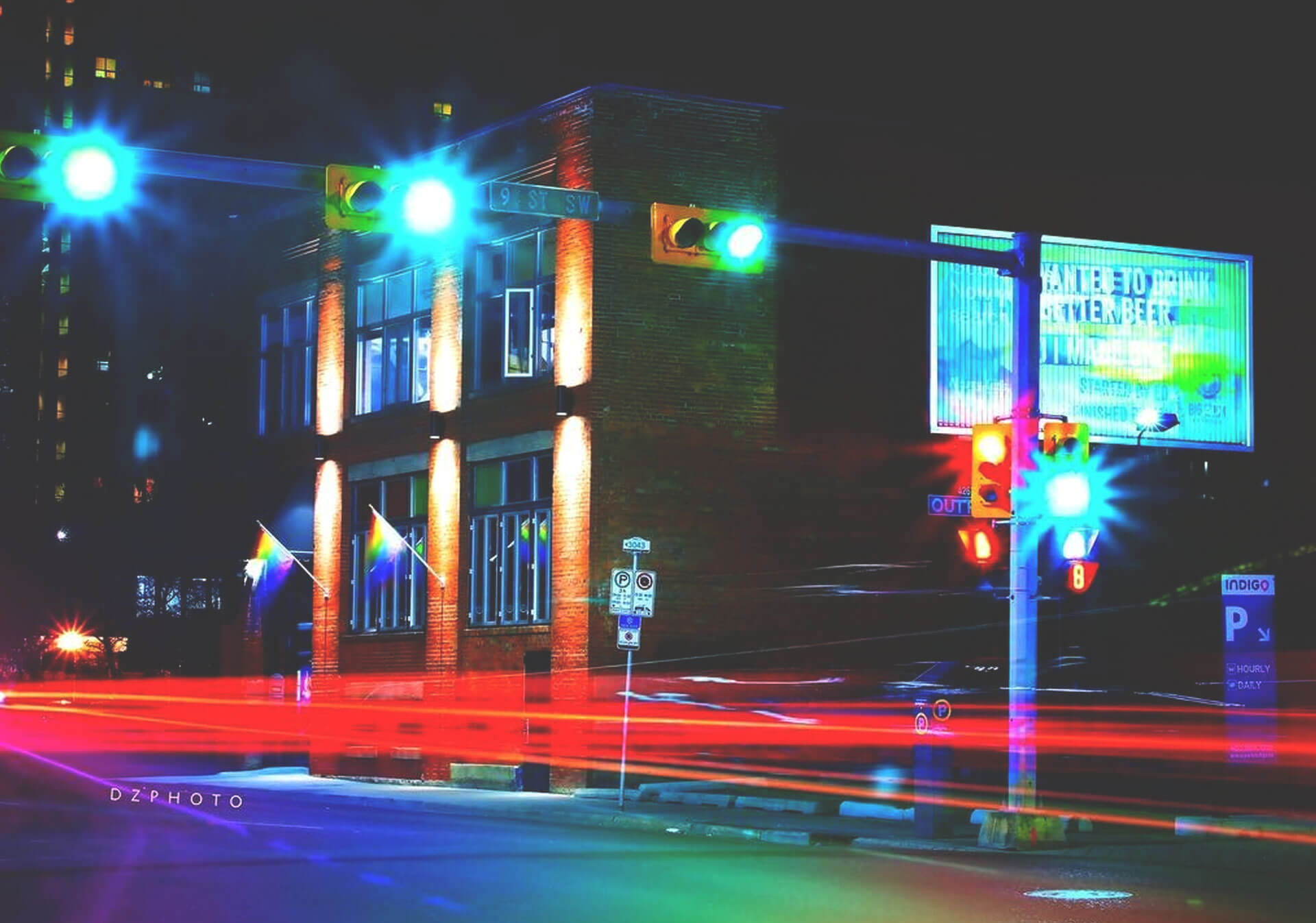 Twisted Element is a popular LGBT bar in Calgary. (Photo: @dzphotoyyc on Instagram)

Calgary is filled with places that’ll keep you entertained during your stay and is home to 2 LGBT specific bars: Twisted Element and The Backlot.

Twisted Element is the perfect place to find entertaining Drag shows and dance the night away, while the Backlot’s quieter indoor and outdoor space is the perfect place to sip a beer and chat among friends. If you’re lucky enough, you might even catch a live performance from award winning local singer and songwriter Amy Heffernan while you’re there.

There are also many pop-up parties to lookout for throughout the year. During Pride, Pure Pride brings in some of the world’s top drag queens and adult entertainers for an unforgettable night, while Hot Mess hosts uniquely themed parties monthly at ever changing venues around the city, including a huge party during Calgary Pride. 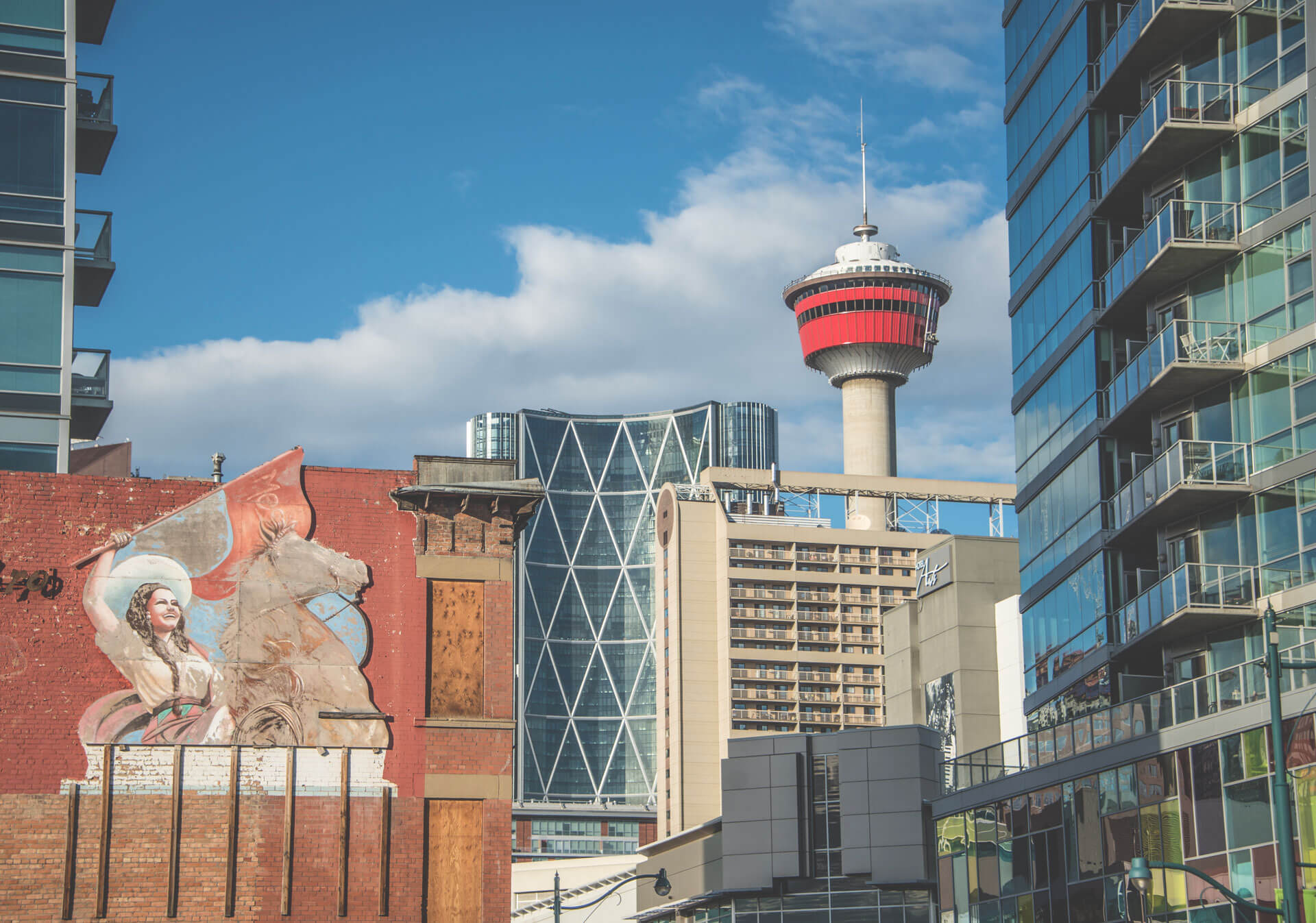 The Calgary Tower is a must see attraction in Calgary. Photo credit: Robert Schrader

Outside of Pride celebrations, be sure to take in the province’s heritage and century old carnival rides at Heritage Park, enjoy a day with family at Calaway Park, float calmly down the Elbow River or on the speedy waters of the Bow, and visits the Pandas at the Calgary Zoo.

Indoors, you’ll find intriguing exhibits at TELUS Spark Science Centre, beautiful views of our beautiful city as you gaze from atop the Calgary Tower, vintage cars in Gasoline Alley at Heritage Park, or you can even plan a day to trip to visit the Rocky Mountains or head back in time as you visit the prehistoric in Drumheller, where you’ll find one of the best Dinosaur museums in the world!

Calgary is truly an LGBT proud city worth paying a visit to. With its eye for arts, fashion, culinary delights and outdoor adventure, there is something appealing for all types.

When you decide to pay this spirited city, which is filled with western hospitality, a visit, know that you’ve already got a local friend built right it!

Feel free to connect with me on social platforms at @immrfabulous and I’ll make sure you fall in love with this city as much as I have.

Supress from menu
No
By
Ryan Massel

Ryan Massel is the personality behind the multi-award winning lifestyle blog, immrfabulous.com, a freelance writer and a regular on-air Segment Guest for the city’s top networks of what to expect as you roam the city. 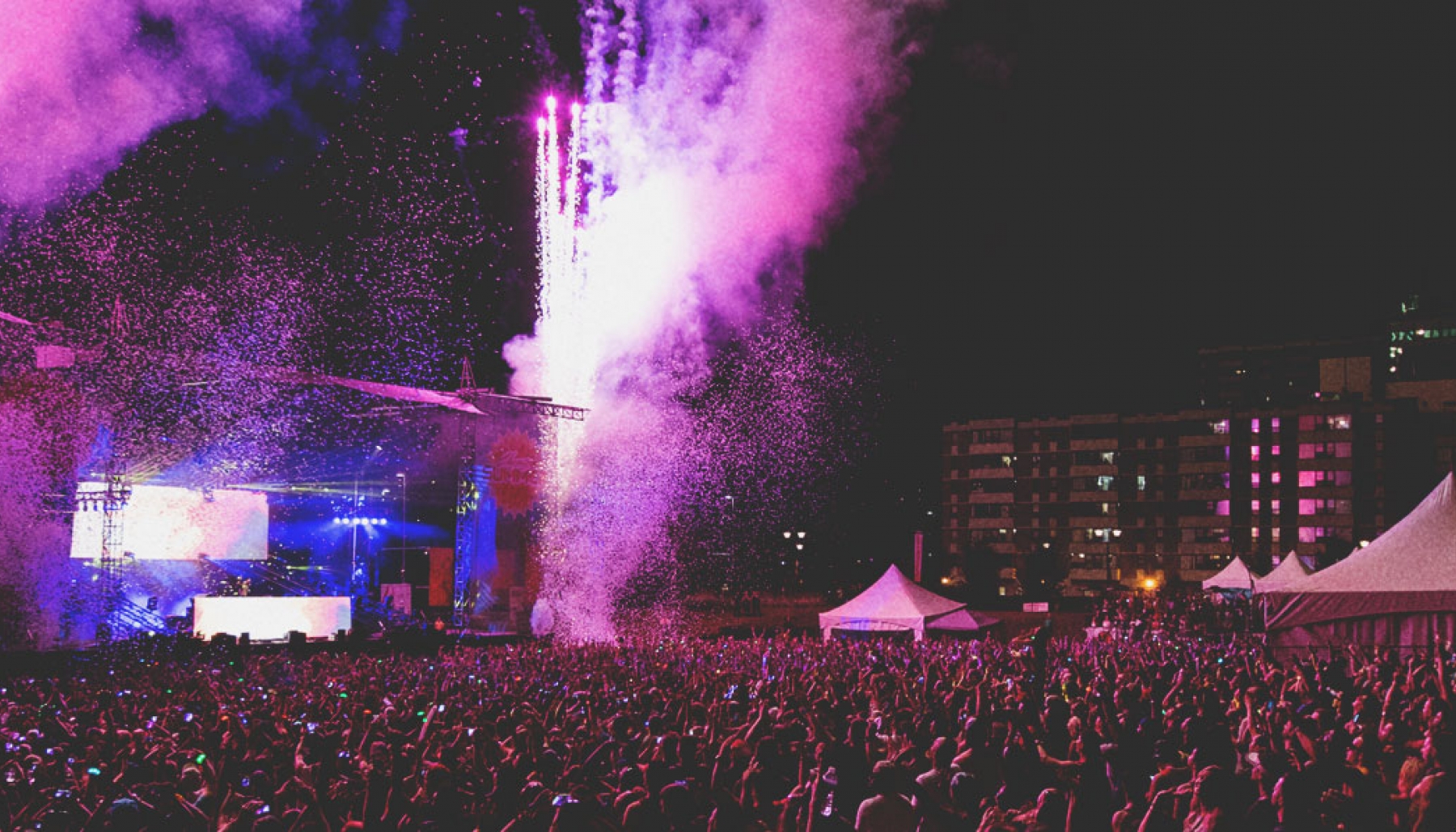 Check out the best summer activities for the August Long Weekend.